The Gaurishankar Rudraksha is a rare and auspicious form of Rudraksha, naturally having two beads fused into a single entity. It represents the unified and composite androgynous form of Lord Shiva and Goddess Parvati as Ardhanarishvara depicted as half-male and half-female, equally split down the middle. The creation and life cycle of this whole universe is only possible from the inherent unification of male and female principles. As per Agnishomatmakam Jagat, fire is represented as the male principle which his situated at the menstrual flow of females whereas the moon is represented as the female principle and situated in the sperm of males. To unite these two individual forces, Karma (desire) acts as the magnetic force to attract each other and bring together. The masculine energy is Lord Shiva, the unmanifest as “Purush”, which is the source of creation and feminine energy means “nature” or “creation” as a “Prakriti” in manifest form. The source of creation was there to happen creation and perfectly fit into its source. When the existence of this universe is in a primordial state, the divine force that acts as the initiator to snap up creation is referred to as Purusha. The union of this masculine and feminine principle is exalted as the root and womb of all origination.

The Gurishankar Rudraksha is the divine talisman to improve and maintain a very good relationship between husband and wife, father and son, friends, and families. The couples who are finding it very difficult to build a harmonious relationship between them should wear this Rudraksha to support their love. Its divine power opens up the Hrit Padma Chakra which is the synonymous form of Supreme Being or atman or the lord of indescribable dimension and enriches peace, prosperity, abundance, and harmonious relation. Those aspiring to bind into married life and desirous to enter into parenthood by having children wear this Rudraksha to make their life fruitful. It creates a cocoon of your energy and acts as a best safe tool for a person who frequently eats and sleeps in various places. 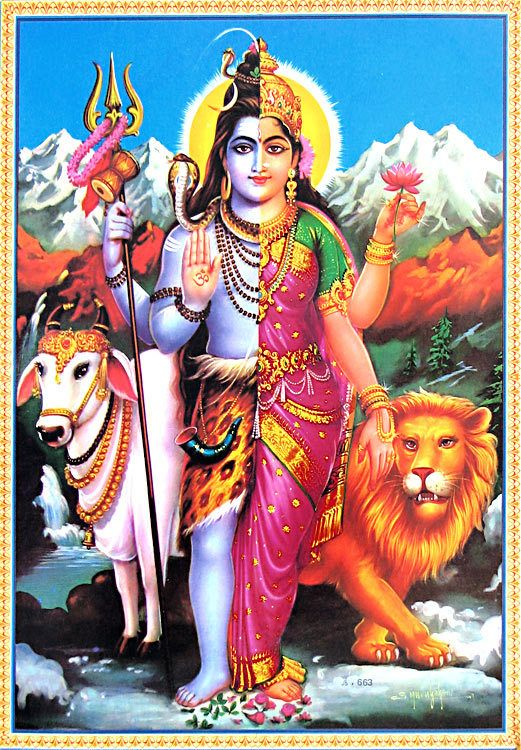 The most common varieties of the Rudraksha usually have a total of 9, 10, or 11 mukhi whereas some varieties contain a total of 21 mukhi around its surface. In much higher mukhi Rudraksha, there are many twin characteristics available in the single which has created logical discrepancies whether to count the total facet or not. But, many resourceful scriptures made it pellucid to count total mukhi on both sides of bead to find out total mukhi. Ideally, Kantha having 32 mukhi is meant for people following the path of celibacy like Sanyasi but shouldn’t be worn by married people because the energy emitted by the 32 mukhi is too high to withstand for normal people that disturbs their balanced energy Chakra. It is normally worn around the neck but in many families, these are kept secretly in Puja room.

The Gauri-Shankar Rudraksha is the manifestation of wholeness which brings balance between your Ida and Pingala. Generally, people expect their power to bring them prosperity. Prosperity need not necessarily mean just money but it can be anything that makes your life worthy of living. If you are a balanced person and you function sensibly in your life, then the life enriched with prosperity may come. A Gauri-Shankar energizes, balances, and awaken your Ida and Pingala. The wearer can achieve spiritual wholeness or unity simply through balancing, harmonizing, and uniting the male and female energies. It is the heart for masculine and feminine principles that awakens the cosmic consciousness of the wearer and unfolds the unconditional love in his/her inner heart.

The mantra to be recited for the Gaurishankar Mukhi Rudraksha according to the Holy Scriptures are:

This bead quintessence of wholeness which represents the how female principle of Goddess, Shakti as energy cannot be separated from the male principle of God, Lord Shiva as consciousness.  Following are the list of the benefits a wearer can achieve by wearing this mystic bead:

To attain a higher level of spirituality with a serene mind, this powerful bead is a phenomenal weapon to receive the following benefits:

As this bead is the manifestation of the mysterious power of Lord Shiva and Goddess Parvati. From a medicinal point of view, it provides the desired result according to the number of mukhi it contains. For eg. If it contains 13 mukhi, it provides the medicinal benefit of 13 mukhi Rudraksha. So, it doesn’t only have spiritual and materialistic advantages but also contains therapeutic benefits for the sustainable health of the human being which are listed below.

The Gaurishankar Rudraksha is ruled by the planet moon controls the power of mind and versatility and also believed to provide the power of meditation, concentration, and resistance against diseases. It pacifies the malefic effect of planet moon according to its placement in the birth chart and provides a serene and calm mind enriched with peace, happiness, prosperity, good health, and good luck.

People who are hoping to get married or to develop a more aspiring relationship among different members of their life should wear this bead. It is also worn by Sadhus or religious people on their forehead to flourish concentration for meditation purposes. And, it is also useful for a couple who are just planning to have children.