·         Asthamukhi Bhairav is the form of the eight mukhi Rudraksha. Wearing this Rudraksha blesses the person with the complete life span and even attains the form of Trishuldhari (Trident bearing) Shiva.

·         Eight mukhi Rudraksha is assigned to Lord Ganesh, the son of Lord Shiva. The wearer gets freed from all kinds of hindrances.

The eight mukhi Rudraksha is blessed by Lord Ganesh who is regarded as the remover of the obstacles (Vighnaharta), the lord of the intellect, and wisdom. In Hinduism, no gods are worshipped or no ceremonies, rituals, practice, the venture can be proceeded without first worshipping Lord Ganesh and hence known as the Pratham pujya. Just like other deities, he has several names such as ‘Vighnaharta’, the remover of obstacles for each ceremony, issue, business, intellectual work, etc. and ‘Sukhakarta’, the one who brings happiness. The pictorial representation of Lord Ganesh is represented as standing, dancing, epically taking action against demons, playing with his family as a little boy, or lying down in an uplifted seat. He is a supreme deity with great devotion to his parents and the main source of strength as well as light to challenge all of the hindrances that a human being faces in his/her entire life.

According to the Shrimat Devibhagwat, Padma Puran, and Mantra Maharnava, this Rudraksha is jointly assigned to the Kartikeya and Ganesh. As per the Rudrakshajabalopnishad, it is regarded as the form of the eight mother goddess, eight Vasus and Ganga, all bless the wearer for eternal happiness, wisdom and wealth. As a ruler of this pious beads, the Lord Ganesh bestows enhanced wisdom, power of diverse knowledge, resilient power to face enemies and bad effects and the wearer is thoroughly showered by these blessings. The beej mantra for pleasing Lord Ganesh is as follow:

The pleasing face of Lord Ganesh pacifies all the fears and troubles leading people successfully through the physical and spiritual realm. It is one of the most precious beads emanating series of mysterious benefits as well as therapeutic benefits. It bestows the wearer with a great sense of analytical and cognitive power, comprehensive understanding in any disciple, and mastery of knowledge. Sin incurred by the person while telling great lies gets easily washed away for a person accepting this pious bead. Competitive businessman, the famous lawyer who should handle big issues and a person having challenging times are highly benefitted by this bead that cleans up hard times and obstacles perpetually. Scriptures mention that the wearer becomes unaffected by the miseries that are physical, divine, or mental.

The ruling planet of the eight mukhi Rudraksha is Rahu that nullifies the ill effect of this planet as per it’s placement in one’s Kundali. On wearing this pious bead along with seven mukhi Rudraksha frees a person jointly from the effects of Rahu and Shani dosh. Eight mukhi Rudraksha is rarer and available very lesser in number as compared to seven mukhi Rudraksha all around the world. The shape of the Nepalese variety is slightly elliptical or oval and possesses eight straight lines starting from the top to the bottom of the bead without breakage of the lines around the surface. The ruling planet for this type of the powerful bead, Rahu ward off the long term depressions and success barrier from a person’s life.

The mantra to be recited for the eight mukhi Rudraksha according to the Holy Scripture are:

General Benefits: -   According to Hindu Shastras, eight mukhi Rudraksha is the symbol of victory over adversities, obstacles, hostiles, and darkness, prominently efficacious for the famous layers, businessman, investors etc. , the wearer of this Rudraksha can achieve success in every venture by the blessings of Lord Ganesha who is the lord of knowledge and intellect. The most eminent effects of this Rudraksha is that it eradicates obstacles so that the wearer is able to achieve success and triumph easily thereby leading to a cheerful life.  The wearer of this important bead is enriched with an analytical mind, persuasive writing skills, acumen ability, and good health for a stable life. The unseen mystical forces and dark powers cannot harm a wearer at any cost. The bead is a sacred talisman to tackle the major issue of people like the difficulty of finishing the planned project, interruption towards success in the life, losing business and debates, feeling frustration and anger due to the lack of the success that limits freedom of the action The power of positivity, happiness, and satisfaction always lies within the periphery of the wearer.

Spiritual Benefits: - As per Shiva Puran, the wearer of this bead lives the full span of life and even becomes trident bearing Lord Shiva after death. Sins committed by telling great lies that may even lead to heinous crimes get condoned easily. The stabilized base chakra of a person awakens as the foundation of the “energy body” which is associated with the element of earth, the sense of the smell, and the action of the excretion. The Lord Ganesh itself is an epitome of the auspiciousness because of the first deity to be invoked irrespective of the nature of the task.

Medicinal Benefits: - From the medicinal point of view, this type of bead is excellent to cure diseases of the nervous system, prostate, and gall bladder. Along with this, it is also helpful against diseases like breathing problems and lungs, fear of snakes, cataracts, hydrosol, etc.

Astrological Benefits: - Mentioned earlier, the ruling planet is Rahu and neutralizes its malefic effects, which are similar to that of Shani. The sudden fall in the status, diseases of the lungs, feet, and skin, snake bites are the frequent cause of the Rahu and these effects are easily erased. Further, the obstacles in life, delay in the success, frequent anger, and mental issues are the long term effects of Rahu which can be washed away by wearing this bead.

People who are the victims of facing long term obstacles in their life, as well as a big failure, should choose this bead to follow the ray of success. It should be also a matter of one’s choice who are victimized by the joint effect of Rahu and Saturn in their Kundali (birth-chart). 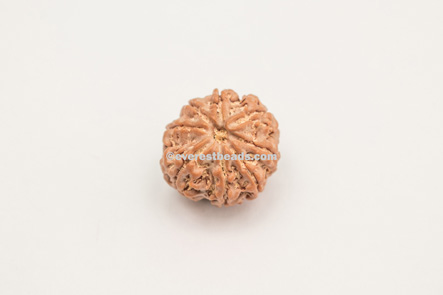 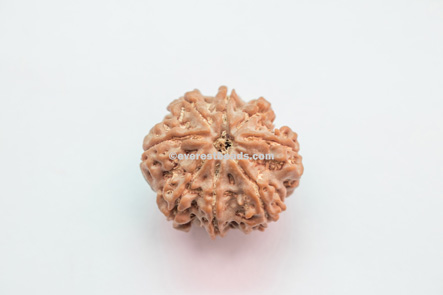 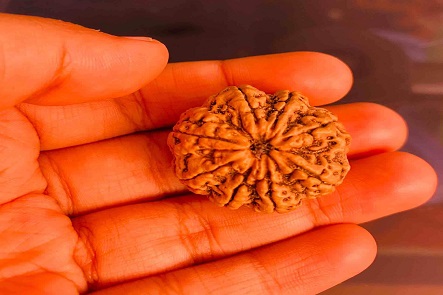