·         A Rudraksha with thirteen faces is Visvedeva. A man will attain the realization of all desires and drive good fortunes as well as auspiciousness by wearing this bead.

The Lord of the thirteen mukhi Rudraksha is regarded as Kaamdev or Cupid (passionate desire) as per Shiva Purana. Apart from Lord Kaamdev, this bead is also blessed by Lord Indra who is the ruler of Heaven and as the wearer gets the blessing of all gods. Many consider this bead as blessed by the divine power of goddess Mahalaxmi who is the goddess of a fathomless amount of wealth. This Rudraksha has a high amount of energy that quench the thrust of all desires including perfection in alchemy, research work, and medicine. The devoted wearer of this bead enjoys every pleasure of life to its full.

The Lord Kaamdev is the god of human love or desires, attraction, affection who is represented as a young, handsome, and enchanting man wielding a bow and arrows. According to scripture, he is blessed by Lord Brahma with the gift of five divine arrows along with Basanta (spring or a nature-filled with greenery and blossoms) which when properly shot with his bow creates an atmosphere of enchantment, discriminating illusions from reality and no gods, humans, and demons have the ability to resist his charm of love and desire. It was due to this divine power that he can break deep meditation of Lord Shiva so that the world could be freed from the suffering of the demon Tarakasura. To create a congenial atmosphere, Kaamdev created untimely springs with his arrow over Shiva’s deep state of penance which turned lord Shiva into furious with the third eye opened and incinerated Kaamdev into ash instantaneously. Because of the interventional approach made by Kaamdev, Lord Shiva finally married with goddess Parvati and entered into the householder. 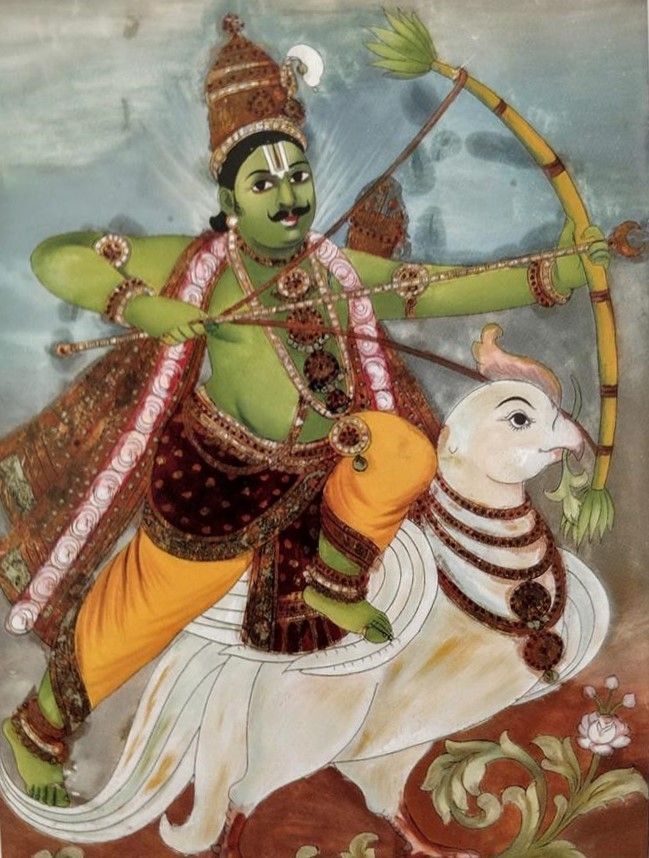 As per Holy Scripture, the thirteen mukhi Rudraksha is also blessed by goddess Mahalaxmi who is regarded as the daughter of Maharsi Bhrigu and Khyati. It is also said that she was miraculously appeared after the churning of the ocean between demons and gods and is regarded as one of 14 jewels produced. She is always sketched on her divine form sitting on the Lotus and holding Lotus in her hand. In Shrimad Devibhagwat, It is clarified that wherever Shivalinga is intensely worshipped, Shankh, Shaligram, and Tulsi are also present as its ultimate part of the body and the goddess Laxmi linger in her full glory. As the Lord Vishnu takes the form of a sunlamp, she transforms into the form of Padma (Lotus) as a part of her deep veneration to Lord Vishnu. Wherever he became Parasuram, she took the form of Earth and as a Ram, she was born as Sita and so on. Therefore, thirteen mukhi Rudraksha provides richness, luxury, desired lifestyle, and gives eight accomplishments (Siddhis) showered by goddess Laxmi. Somewhere, it is found that it is also blessed by the God of heaven, Lord Indra. When demons were rulers of this world, Lord Indra is able to restore his kingdom by wearing and worshipping thirteen mukhi Rudraksha with the counseling by his chief priest Vrihaspati and Lord Brahma.

The thirteen mukhi Rudraksha is fashioned with the power of charm, attractive personality, and magnetism. That’s why the wearer of this bead reflect charm to beguile people and wins desired favor manifested as per wearer required for material and spiritual fulfillment. It is the rare divine bead that can maintain equilibrium between enhanced charisma, attraction, the fulfillment of desires, and the right amount of passive to score it. As per Padma Puran, the wearer will be blessed with good luck and a boundless amount of achievements. Those persons who want to achieve the realm of alchemists through exclusive research should find this bead. The wearer accomplishes and enjoys Sudha-rasayan (luxuries of life) and those academicians who want to synthesize some novel things through research work get a fascinating result. This bead is also enriched with the power of thirteen Saints and provides a wearer with the divinity of intelligent, powerful, and sharp-minded alike our great sages and exempt a person from the diseases, good spouse, sons, and daughter. 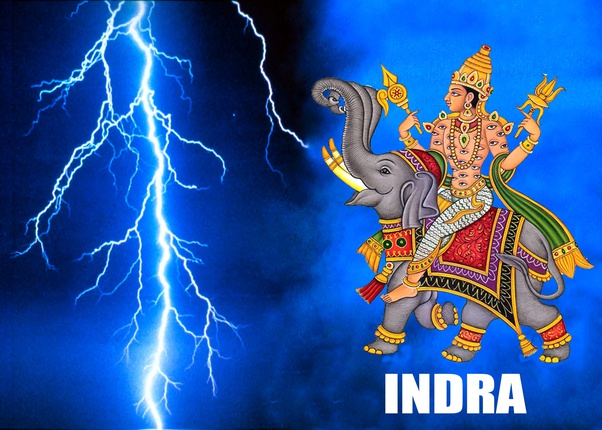 The rare 13 mukhi Rudraksha is ruled by planet Venus as well as Moon that enriches a person full of love as well as controlled emotions. It provides a witty countenance, attraction power like magnetic material to a person, and regarded as the forgiver of sins who has committed remorseful crimes. A wearer gets multifold of benefits by offering sincere prayers to goddess Mahalaxmi (while chanting Mahalaxmi Stotra). The good quality and genuine bead of this type with maximum efficiency can be found in Nepal and one must able to distinguish bead from Nepal and other areas.

The mantra to be recited for the thirteen mukhi Rudraksha according to the Holy Scriptures are:

General Benefits: - It is a rare kind of bead by which a person can achieve immense Wealth and the Position of Authority, as well as able to achieve great heights of success in his life. It is a magical bead to enhance personal shrewdness, charm, and charisma and prop up his/her magnetism that energizes argumentative and cogent skill of the person as well as make an extremely charming extroverted personality. Because of its enhanced vocal charm, it is extremely suitable for artists, actors, leaders, politicians, top executives, and those involved in the marketing profession. For a highly scholastic people who is engaged in the profession of alchemy, deep research work, a medicinal field can excel their career and reach new horizons of success by filling with perfection. As per Padma Puran, he/she achieves a colorful life showered with nectar-like elixir, alchemy, and attains heaven after their death. Interpersonal relationships of persons who are mostly involved in mass communication are greatly enhanced by this bead. With such a great skill, he/she can preach captivating words to attract public attention, especially beneficial for senior professionals and businessmen. A person is able to enjoy all the Luxuries of life and can lead a happy and satisfactory life. People who want to enjoy money-oriented comforts in their life but also with spiritual elevation concomitantly should find out this bead to mix up both of these aspects.

Spiritual Benefits: - As per Shiva Puran, It purges the soul of atrocious crime committed by a person such as killing of close relatives, own father, mother, brother, sister, teacher etc. in the context of seeking a pardon. After getting rid of such heinous and remorseful crimes, one can attain the highest level of spiritual success and can even seek the death of his own choice. Furthermore, it awakens Kundalini of a person and energizes Vishuddhi / throat Chakra which is a pivotal point of physical and spiritual purification. Meditation upon this chakra abolish harmful residues from the physical body and mental sphere of thought, emotions, consciousness, subconsciousness is sanitized and harmonized.

Medicinal Benefits: - The twelve mukhi Rudraksha is a very suitable medicine to soothe psychiatric illness and sexual disorder. It cures the problem related to the throat, neck, kidney, thyroid, dropsy, urinary. People who are facing hardship from the problem of eye disease, indigestion, arthritis, obstruction in veins can be benefitted by its magical medicinal power. It also helps in strengthening sexual performance. Most importantly, it is highly recommended for women who are facing an irregular menstrual cycle.

Astrological Benefits: - Similar to six mukhi Rudraksha, this pious bead is ruled jointly by the planet Venus and Moon. According to astrology, Venus is the Lord of the love affairs, personal charm, enchantment, excessive rest, physical pleasure whereas the moon is the lord of the functionality of mind and versatility of emotions. So, it tones down the negative effect of the planet Venus and Moon in one’s life.

Great academic people who are involved in the research field, alchemical and medicinal sector, and wants to drown into the biggest achievement in their sector should wear this bead. It has a great significance for professional persons who need to deliver an artistic presentation to hypnotize public mass as per their favor. Such professionals include actors, celebrities, leaders, politicians, marketing businessman, human resources, and development personals. It will provide them a substantial amount of wealth and good luck in their profession. 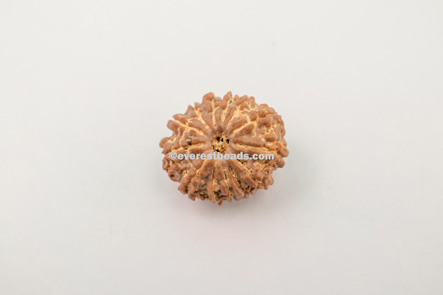 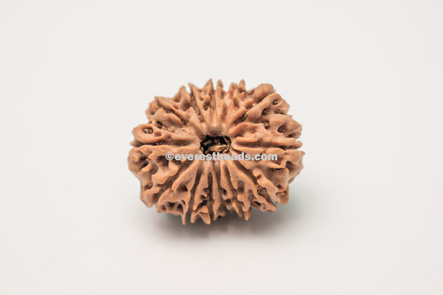 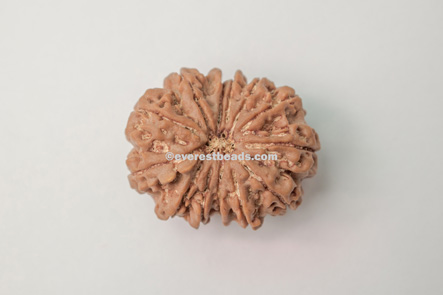