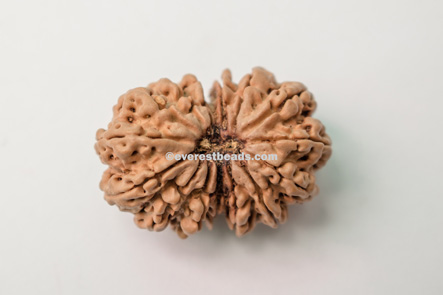 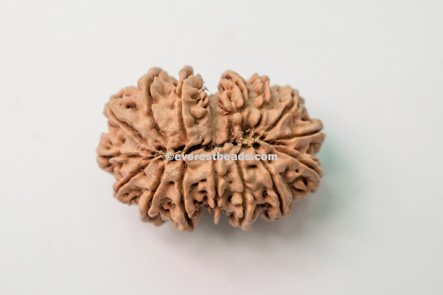 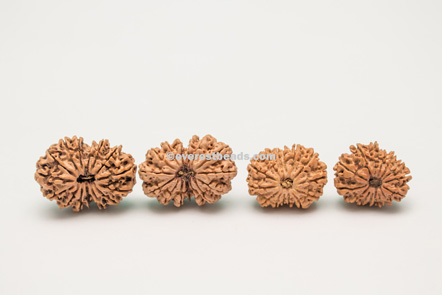 The rest of the beads after 14 Mukhi aren’t mentioned in very old scriptures like Shiva Puran but it is clearly depicted in Katakana Yantras about its very mystical power. The fifteen Mukhi Rudraksha is regarded as the form of Lord Shiva in his incarnation form as Lord Pashupatinath. It is one of the rarest and mystic type of bead available in nature that has similar qualities as contained by fourteen Mukhi Rudraksha. Pashupatinath is an epithet of Rudra form that represents the “Lord or master of all animals”. This powerful bead is one of the great channels to connect with himself/herself by detaching oneself from instinctual bondage of soul. The wearer of this divine bead gets detached from all the bondages of grief, desires, expectations, dependency, contentment which in turn frees him/her from misery, pain, and fear of losing. The fifteen Mukhi Rudraksha also provides all the same outcomes, impacts, and virtues as provided by 14 Mukhi Rudraksha comprising improved intuitions, abstract, and lateral cogency which makes the wearer full of high energy. It brings us towards the almighty making us free from all negative shades on our soul and leads his/her soul towards salvation. So, this divine bead is blessed by the Lord Hanuman as well with Lord Pashupatinath as a primary root of its power

Lord Shiva has 1008 different types of names out of which Lord Pashupatinath is highly revered in all over the World, and its main temple is situated on the banks of the Bagmati River, the eastern side of Kathmandu valley which is the capital of Nepal. The narration of the most popular story about the origination of Lord Pashupatinath is that once Shiva and Parvati visited at the serene beauty of Bagmati River and its periphery but were so enchanted with its heavenly beauty and surrounding forest that they perceive this place very worthy to perform the divine spiritual practice. So, they disguise their appearance and took the form of deer. After a long period, all the gods and celestial sages began to search Lord Shiva and found him on the bank of the Bagmati River in the form of beautiful deer. All the gods prayed Lord Shiva to return to his Heavenly abode but Shiva refused to return and ran away. As a matter of fact, all the gods tried to catch that beautiful deer (who is the form of Lord Shiva) but ended with one of his antlers broken. So, this broken antler has been first Linga which is worshipped as Pashupatinath temple. Once Lord Shiva attains his divine form, he ultimately proclaimed that since he had lived by the Bagmati River in a deer's appearance, he would now be well-known as Pashupatinath, Lord of all animals. It is said that when a person worships this divine lingam in the temple, he/she wouldn’t reborn as an animal and all the sins get washed away. 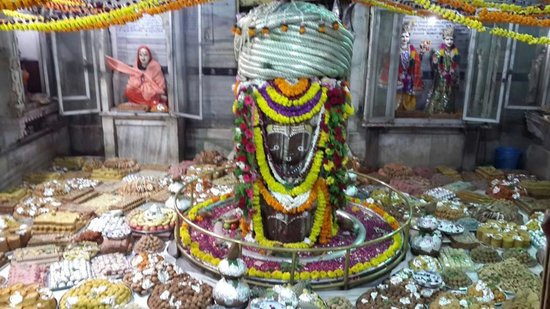 As a Pashupati, he grants life to human beings and other animals and takes back at his free will. His main hunting weapon is Trishul (Trident) with a very auspicious number of 3 at its tips. He also holds other very powerful weapons in his other hands such as axe (Parasu), hand drum (Damaru), stick, an arrow (Pinaka and Ajagava), spear, sling, or noose and the divine rod known as ‘Khatwang’. He is mostly seen in his divine form wearing a Rudraksha mala, carrying a skull and a lotus flower, a discus, and a sword. But, the most powerful weapon of Lord has been described as Pashupatastra (a kind of bow and arrow) after his primary weapon Trident. The Gayatri mantra to worship Lord Pashupatinath is as follow:

Ø  If this mantra is chanted 100 times, one becomes victorious in every aspect of life or war.

Similar to Fourteen Mukhi, this Rudraksha awakens the intuition power which in turn enlightens sixth sense of the wearer and he/she is able to make acumen decisions and take steps in the right direction in his life. It makes the wearer more compassionate and generous and saved him/her from all kinds of stress, anxiety, and worries. A wearer of 15 Mukhi Rudraksha is blessed with the power of deep focus, innovations, and power of the quick mind to deal in a difficult situation quickly that enriches a person with very high levels of Economic and Spiritual Progress.  As long as a person wears this bead, the wearer doesn’t face any kind of misfortunate and untimely death and attains Salvation after death. This bead is ruled by the planet Saturn and Mars and tones down all the negative impacts.

The mantra to be recited for the fifteen mukhi Rudraksha according to the Holy Scriptures are:

General Benefits: - The fifteen faced Rudraksha is the image structure of Pashupati exploring the peace and persistence in the hearts of devoted people which can offer all the blessings as much as beads from 1 to 14 Mukhi Rudraksha. It helps an individual to come out of the Pasha (bondages) of birth and elevates towards conscience and self-realization. Similar to fourteen mukhi bead, it also regulates Ajna Chakra between two eyebrows that improve visualization power and take an authentic judgment of right action at right time. The energy level of the wearer strengthens astonishingly with never-ending wealth and prosperity. Because of the power of the third eye, it ultimately generates intuitive power, bestows abstract and lateral thinking ability to make wearer tough and robust. As per ancient texts, it provides very safe, sound, and trouble-free childbirth and frees from the sin of miscarries. The enhancement of spiritual and physical level bound no limit who wants to enjoy their meditation life as a materialistic successor. Overall, with the grace of Lord Pashupatinath, the wearer is able to lead a happier, healthier, and wealthier life.

Spiritual Benefits: -  As it is a divine form of Lord Pashupatinath (master of animals), all the heinous sins of the wearer get washed away and he/she wouldn’t have to reincarnate as an animal in his/her next life. Similarly, it purifies the bad karma of their ancestors and provides salvation to them from their past deeds. It also provides the highest level of spiritual attainment to the wearer that brings peace, prosperity, and happiness to the wearer. The fourth primary Chakra, Anahata or Heart Chakra is closely associated with this bead which signifies the realm of karma, love, and compassion, charity to others, and psychic healing. It also wards off a person from the evil eye, dark energies, and negativities of all kinds beyond imagination.

Medicinal Benefits: -  This bead contains so many Ayurvedic qualities that provide preventive and curative values for many diseases of eyes, hearts, and all general disease, disorders of lymph, and throat area. Worshipping this Rudraksha has a beneficial impact on the nervous system, mental stability, and regulation of blood pressure. It is worn by stringing it in a metal wire capped with gold, copper, and silver on the wrist, arm, or other parts of the body.

Astrological Benefits: - Similar to fourteen Mukhi Rudraksha, this divine bead is ruled jointly by the planet Saturn and Mars. According to Vedic astrology, the drive, and energy level of the human body is controlled by planet Mars that is associated with passion, drive and sexuality whereas Saturn is the planet of the Karmic action and deliverer of justice,  successes, hopelessness, long-lasting disease, hurdles in personal and professional life, impotency. It also mitigates the long-lasting impacts of primary planet Saturn such as the Shani Sade Sati effect. Furthermore, people who have extreme Mangal dosh (bad effects of Mars) in their birth chart can be resolved by wearing this divine bead.

Because of its dominant and joint power of all mukhi of Rudraksha from 1 to 14 mukhi, this bead is highly recommended for those who want to enjoy all the success, joys, and fulfillment of worldly pleasure. Due to its ruling planet as Saturn, this divine bead is regarded as the Maha- Shani, and those are suffered from Shani Dosh or Kal-sarpa dosh should grab this bead to live a peaceful life. Very high ranked officers and competitor businessman who needs to exercise their power in a very clever and judgmental way and desired to attain a higher level of the spiritual and materialistic position should get highly attached with this bead. 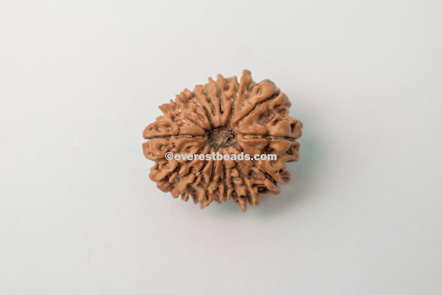 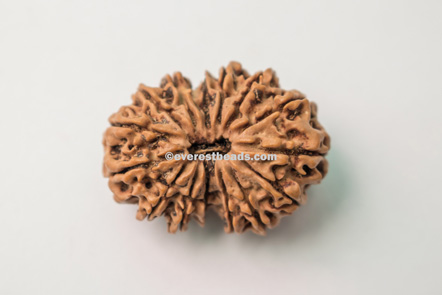