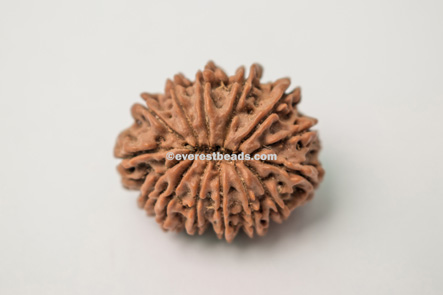 ·         The Rudraksha with fourteen faces is the highest form of Shiva. It shall be worn on the head with the greatest reverence that cleanses all sins.

The thirteen mukhi Rudraksha is a synonymous form of Lord Shiva as well as Lord Hanuman, due to which also regarded as Devmani (Gem of god or divine gemstone) as per Shastras. In the state of deep meditation, this mukhi of Rudraksha has been believed to born from the tears of the Lord’s third eye located at the forehead between two eyebrows. Therefore, this divine bead is also regarded as the controller of Ajna Chakra (medulla plexus) thereby giving the wearer an ability to visualizing the power of the future and also known as the third of the Lord Shiva. As it’s closely connected with the third eye, it helps people to correct judgments in every action before they step forward and achieves all the materialistic properties, progression, prosperity, and grows more formidable to chase all the cherished dreams of life. The awakening of Ajna Chakra energizes the sixth sense of wearer that oversees intuition, honed aptitudes, and expanded the third dimension. With the government of sixth sense, the wearer would have sharpened skill, increased level of conscience, power of premonition about future events intuitively, supreme decision making skill, and an eye of deeper penetration capacity. The Ajna Chakra has the shape of two leafed white lotus or containing two petals, has the word ham and ksham, it’s seed element “Om” at the center of these petals, Yantra is like Linga (Phallus) with the ruling deity as the Lord Shiva. 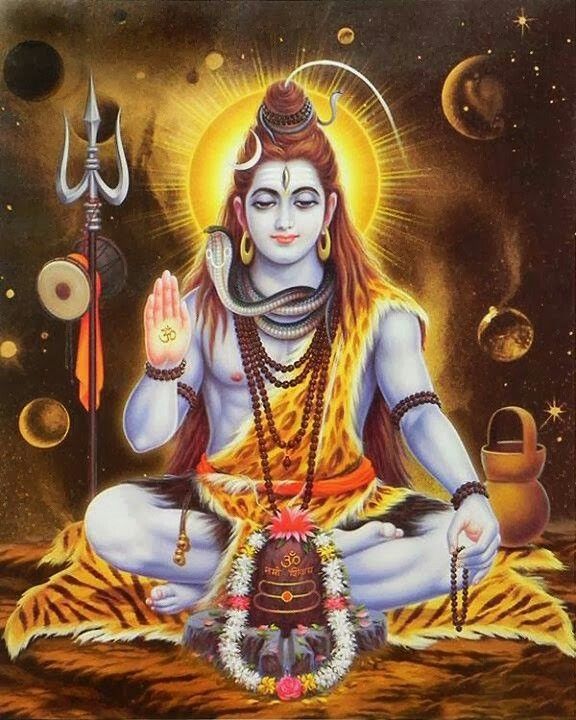 In Shastras, it is said that the wearer of this bead is blessed by both the Shiva and the Shakti and gains Shiva-Shakti Pind or he/she will assimilate into Shakti pith and Jyotirlinga. From the power of the third eye, the Lord burns all the desire into ashes. The sensory normal eyes can grasp those things which are physical and reflected by light but the third eye can see a dimension of perception and interiority which are beyond physical existence. The bad deeds of ancestors get purified and bring fame as well as purity to the forefathers. This type of Rudraksha, not only improve the bad Karma of present but also strengthen the path of past right and makes future completely foreseen and bestows positivity. To achieve the result of pinnacle order, the wearer should palpably put this pious bead for sometimes. As a form of Lord Shiva, Lord Hanuman completely dedicated his life in the devotion of Lord Ram to the welfare of good people and for the destruction of the evil forces. This Rudraksha obtains boon from the 3rd eye of Lord Shiva as well as from Lord Hanuman and hence the wearer is protected from all kinds of Negativity, Harmful Energies, and Adversaries.

As the Lord Hanuman is regarded as the expeller of problems, obstruction of human life, and the ruler of all nine planets, all kinds of spectral run away just by chanting his name. I.e. the series of problems can be liberated from the life of a person who owns fourteen Mukhi Rudraksha. According to Shrimad Devibhagavat, Lord Narayan described as “the man wearing fourteen Mukhi Rudraksha on his forehead attains the form of Lord Shiva and due to this it’s greatness is indefinable and unfathomable. One who wears it on the forehead is always regarded as the Brahmins, gods, and achieve the highest level of salvation.” As per Rudrakshajabalopanishad, the instinct for wearing Rudraksha happens after the Excellency of all Vedas as well as by the divine blessings from Lord Shiva at preceding life. The wearer will roam like Rudra distinctive from other creatures and worshipped like Lord Shiva even through other deities as well. As this bead is another form of Lord Shiva’s third eye which make it more rare, expensive, exquisite, and one of the most invincible bead as compared to other beads. This divine bead should be placed at the top of the Shivalinga while worshipping whereas others are placed at its bottom.

Corporeally, it consists of fourteen straight lines appearing from head to bottom at the outer spherical surface of bead almost at equidistance spacing. According to Vedic astrology, this precious bead is ruled by the planet Saturn which is related to the adjudication of human deeds and also by ferocious planet Mars. So, it is highly used to soothe the bad effect of Saturn and Mars. Mostly wearer wears this particular bead to ward of unexplainable obstacles related to ghosts and evils and brings peace, harmony, prosperity, positive energy, and good luck to the wearer. The genuine and efficient type of fourteen Mukhi Rudraksha is available in Nepal that should be worn on the chest as a necklace or on the forehead or the right arm as per scripture. This bead made very successful for the professionals involved in speculative, investment, human resource management, and large import-export businessmen.

The mantra to be recited for the fourteen Mukhi Rudraksha according to the Holy Scriptures are:

General Benefits: - The Lord Hanuman is placed at the center of this Rudraksha that makes the wearer fearless, dedicated to the cause and determined, plucky, daring, and marked by the influential vocal power over public mass. Because of the power of the third eye from Lord Shiva, the Ajna Chakra gets strengthened that opens up sixth sense to awaken the power of intuition (an ability to visualize the better future). The wearer grows such an instinct that he can fruitfully anticipate the upcoming things in the future. It helps the wearer to discover his/her latent potential and assist to complete successfully even the most difficult task of life. Its wearer never dwindles to formulate a good decision and clears out all the calamities, miseries and worries. This type of Rudraksha protects its wearer against dark power, evil spirits, and black magic ensuring the safety of the wearer. This Rudraksha is the best amulet for businessmen, politicians, human resource managers, household workers, leaders, and public administrators to achieve the apex of achievement, victory, and excellence in their respective fields. For high authority officers ranked in the highest level of government, it accelerates very high intellectual capacity, mind power, and mental ability. It also provides strong willpower and valor who are involved in share trading or any speculative businesses.

Spiritual Benefits: - As it was originated from the third eye of Lord Shiva, it opens up the Ajna Chakra that allows us to cut through illusion and to access deeper truths - to perceive beyond the imagination, beyond the words. It purifies the bad karma of their ancestors and provides salvation to them from their past deeds. It also provides the highest level of spiritual attainment to the wearer that brings peace, prosperity, and happiness to the wearer. The power of third eye chakra sets a track of present more remarkable, past more justifiable and future extremely foreseeable. Furthermore, it also helps in increasing the secretion of eight chakras (Vishnu Chakra).

Medicinal Benefits: -  From a medicinal point of view, this bead discharge curative energy against many deadly diseases like stomachache, paralysis, weakness, diseases of heart, eye and skin, womb, and mind. It gives relieves against arthritis, corpulent issues, dumbness, impotence, and the abortion issue. It also helps in curbing sexual weaknesses, ulcers, boils down all vein/nerve issues, psychological disorders. Following prescriptions are widely used by people to utilize this Rudraksha to gather the best out of it.

·         Dip this pious bead in water for few hours and drink this energized water to solve problems of wrinkles and skin.

·         Saturate this bead inside honey for a complete 24 hours and take one spoonful of honey regularly to regulate sexual disorders.

·         Submerge this bead inside cow’s milk for 3 hours and provide this milk to children for productive memory power and to resolve the issue of fever.

In a book, “Vanaushadhi Kataksha”, it suggests this bead has to crushed into powder form (size of 0.25mg) and take it along with grape juice to correct the gynecological problem.

Astrological Benefits: - Similar to other Mukhi of Rudraksha, this pious bead is ruled jointly by the planet Saturn and Mars. According to Vedic astrology, the drive, and energy level of the human body is controlled by planet Mars that is associated with passion, drive, and sexuality whereas Saturn is the planet of the Karmic action and deliverer of justice. Unfavorably placed Mars in the natal chart makes a person more aggressive, forceful, impatient, and impulsive whereas favorably placed Mars makes a person outspoken, directed, and courageous.  It absorbs the negative effects created by bad positioned Saturn that results in delay in successes, hopelessness, long-lasting disease, hurdles in personal and professional life, impotency. It also mitigates the long-lasting impacts of primary planet Saturn such as the Shani Sade Sati effect. Furthermore, people who have extreme Mangal dosh (bad effects of Mars) in their birth chart can be resolved by wearing this divine bead.

Due to its ruling planet as Saturn, this divine bead is regarded as the Maha- Shani, and those are suffered from Shani Dosh or Kal-sarpa dosh should grab this bead to live a peaceful life. Professionally involved personals from import-export business or share trading or HR managers should wear this to make their minds more intelligible and knowledgeable, their vocal power more persuasive, and proper judgment capacity of their associates. It is also highly advised to wear this bead for political persons, administrative officers, and high ranked officers to increase their intuitive power. 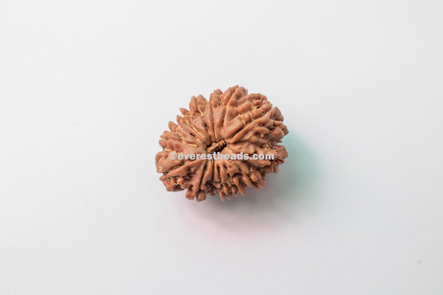