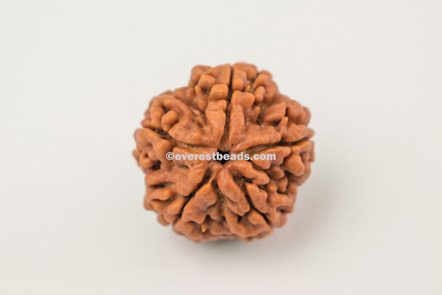 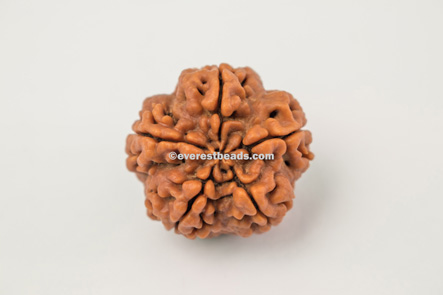 Ø  Five mukhi Rudraksha is the form of Lord Kalagni Rudra himself. It is the powerful bead that bestows all sorts of salvation and achievement of all desired objects.

As per Shiva Puran, the five mukhi Rudraksha is blessed by Lord Shiva himself in the form of the divine Kalagni Rudra and explains that the various kinds of the sins committed through forbidden act get cleansed by wearing this types of Rudraksha. The five forms of Lord Shiva are – Sadyojaat, Ishaan, Tatpurush, Aghor, and Vaamdev- alive in five mukhi Rudraksha, also considered as the Kalagni Rudra. It is one of the most commonly available types of Rudraksha and constitutes about 60% to 70% of the total beads available in nature. The Nepalese beads are larger in size and shape (from 15 mm upwards up to 30 mm in diameter) than Indonesian variety and considered more auspicious than any other types of it.

Kalagni Rudra is the sobriquet of Lord Shiva, who generates everything from fire, and then burns down everything (Gods, Men, Demons) to ashes, is a nemesis of ignominious soul. Kalagni Rudra explains that the material should be ash from the fire and should be collected reciting the Sathyojatam hymn and dedicated towards ash (where all the five elements fire, air, ether, water, and earth are equated to ash). He has the ability to release the power that could even raze powerful evil power in a blink of an eye. When all the gods were spending an extremely miserable day by terror activities of Tripurasura. He is the one supreme to end the reign of Tripurasura with his fierce and strong power and to manifest safe land for all the Gods and Humans. His weapon Kalagni destroys the three cities of Tripura with a divine flame and turned into ashes. None of the evil forces has the power to face Kalagni Rudra.

In Padma Puran, it is said that wearing Rudraksha is the most important of all because it is a gift of Lord Shiva and honored by gods for the long period of the time. This is also regarded as the “Devguru” as it is controlled by planet Jupiter. In Shrimat Devibhagwat, it is said that

Ø  Five mukhi Rudraksha is the divine form of the Kalagni Rudra, eliminates sins committed under the forbidden law in terms of eating or sex life.

Lord Shiva in his divine panch Mahadev form has three eyes on each of the faces except on the one facing towards north and always brings auspiciousness to mankind. He has a thick lock of hair and crescent moon over the head. Creation, Preservation, Obligation, Detachment, and Destruction are the basic aspect of life and these deeds are vividly represented by the five mukhi Rudraksha. The Panchakshari Mantra (Namah Shivaya) is evolved from Panch Mahadev and Pranava Om came as a companion. That’s why this type of Rudraksha is mostly preferred for meditative purposes.

This kind of Rudraksha is used essentially applied where combinations of a different facet of Rudraksha, mostly in malas form, is prepared for a desirable effect. It is used for diseases like ears, thighs, and kidneys. According to Puranic reference, wearing three large five mukhi Rudraksha can avoid a person from accidental and premature death. As Mrutyunjayaaya mantra is blessed by Lord Shiva and the savior of a person from untimely death. It is lordly and bestows all sorts of salvation and achievement of all desired objects. The wearer of this mukhi of bead gets vindicated with their transgression and uplifted their life to the point of wisdom and everlasting happiness. Planet Jupiter rules the five mukhi Rudraksha and flourishes the two powerful qualities optimism and spiritual growth.

As this Rudraksha is the divine form of Lord Shiva itself and one who wishes to attain the most efficient divine form of the Shiva component should prefer five mukhi Rudraksha of Nepalese variety.

The mantra to be recited for the five mukhi Rudraksha according to the Holy Scripture are:

General Benefits: - It is one of the most commonly used types of Rudraksha as compared to other types due to its amazing capacity to boost up self-confidence and enhance mind power. If a person wants to achieve a very important kind of Sadhana or Meditation, good fame, and good health, then definitely this is the one you should be looking for. Five faced Rudraksha is a boon to entire mankind that collects fortune, academic excellence, and a peaceful mind. Furthermore, it cures memory-related disorders, memory loss, and recollect or remember lost learning as per Vedic texts. It nurtures wit, wisdom, and intelligence and nullifies bad luck like untimely death, evil power, and negativities.

Spiritual Benefits: - A lot of people in this era are contemplating about the benefits of Meditation power. But, in order to achieve this power, one should have a clear, fresh, calm, and relaxed mind as a fundamental requirement. So, this kind of Rudraksha is a good catalyst to hold this phenomenon. Furthermore, five mukhi Rudraksha rectifies all the immoralities and mistakes of Jeeva, re-fashion the wearer unadulterated and Jeeva gains the form of Pashupati, the Lord of all the creatures after becoming free from animal instincts.

Medicinal Benefits: - In terms of its medicinal value, it is usually used to control various diseases like blood pressure, diabetes disease of the liver, and fistula. It is also used to solve some dreaded problems like ears, thighs, acidity, breast problem, blood pressure, and vertebral column.  Three beads of raw five mukhi Rudraksha is popularly used for water therapy. For this, these beads are soaked with at night inside a copper vessel, not less than 12 hours per day. These water must be taken on a daily basis, if possible empty stomach, to fight against diseases like diabetes, stomach disorders, or to maintain blood pressure or even as an excellent catalyst to boost up immunity power. It is also used to fight against diseases like cardiac problems, inflammability, and memory-related problems.

Astrological Benefits: - The main ruling planet for this type of Rudraksha is Jupiter which is regarded as a teacher of all the gods. It is related to growth and expansion. As per Vedic Astrology, it is regarded as a favorable planet that makes people prosperous, commanding, wit, knowledgeable, compassionate, spiritual, cultured, liberal, and generous. All of these remarkable features can be achieved through this precious bead when worn by a person with great reverence.

As we already explained about its easy availability throughout nature. So, people who want to have their first taste of its efficacy should wear this kind of beads. So, you must not have to fear about its genuineness because it’s cheap and available in plenty of numbers. Rosaries or malas should be worn in the number of 27+1, 54+1, or 108+1 combination. It is an excellent item to maintain good health, to ward off fear, and for effective meditation. It can be also gifted to any temple of Shiva for you to achieve a moment of salvation. So, it is a special kind of bead for anyone who wants to experience an element of Lord Shiva (Shiva Tatva) and live your life surrounded by spiritual awareness. 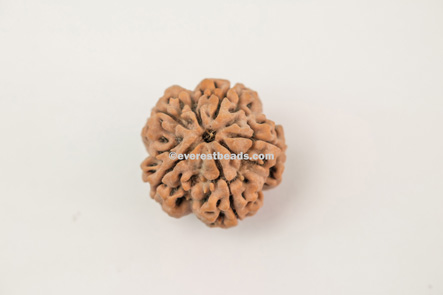 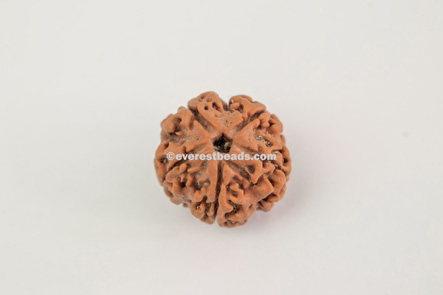